The 1-2-3 chart pattern is used to identify and trade reversals within a binary options platform. It is somewhat similar to the double top and bottom patterns, but deviates from those in that the second top or bottom is not on the exact same level as the first. This strategy can be used to trade Call or Put options, as well as One Touch trades.

There are three important steps to this strategy:

In order to determine the 1-2-3 pattern, you’ll need to use a charting program. MetaTrader 4 is adequate, but you can opt to utilize other Forex software charts. Trades have to be examined using the 4-hour or one day charts.

When the pattern forms off an uptrend, it should be used to trade a PUT position. The upward price action maxes out at the first point, then moves down to locate support at the second point. From there, the price moves back up again to reach a level equivalent to 38.2 or 50% retracement of lines 1-2 to halt at the third point resistance level. From the third point the price drops, eradicating second point support line and revealing a full reversal.

When the patter forms off a downtrend, a CALL trade is appropriate. The price moves downward and reaches bottom at the first point. It then moves upward, meeting resistance at the second point. From there, the price moves down to 38.2 or 50% retracement point of the lines 1-2 and halts at point three support. From this point the asset price breaks upwards, eradicating resistance at the second point and indicating that the price has reversed.

Enter into a Call trade when point two resistance is broken. Permit the price to pullback to the broken resistance level which has now become the support, and set your entry precisely at price level which is in accordance to this line. This trade is for a reversal coming off a downward price trend.

Enter into a PUT trade when the support of point two is broken. Permit the price to pullback to the level of broken support which has now become resistance after the breakout. Set your entry price to match this line. This trade is for a downward reversal following an uptrend.

This can be effective for either price direction. After the first two points have been established, the price will undoubtedly arrive at point three. The third point is a 38.2% or 50% retracement of the first two lines. Make use of Fibonacci to determine this point while the price is moving upward or downward from the second point and use it as your strike price for the trade. 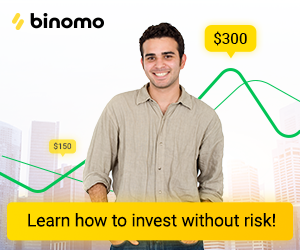